Get fresh music recommendations delivered to your inbox every Friday.
We've updated our Terms of Use. You can review the changes here.

As Seen on Talk Radio 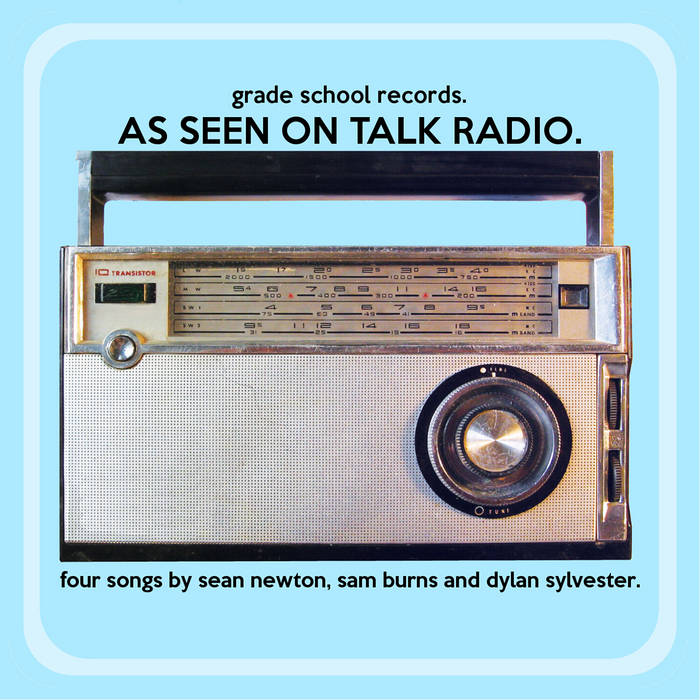 Hello, and welcome to the first EP by Grade School Records. It is titled "As Seen on Talk Radio" a title which initially we thought was funny, but as it turns out, we were wrong.
It contains four songs.
"Little Brother" is a fine example of orchestral pop/rock, written by Sean Newton. It is about something you don't care about, and has a banjo in it, cause it was the cheapest instrument to rent.
"We Used to Be Birds" is a reincarnation themed love song by the wandering ukulelist minstrel, Dylan Sylvester. It was written and recorded over two provinces and 500km, and if you listen carefully, you may hear a passing motorist in the background.
"Too Human" is the dark counterpoint of the EP, written by wannabe resident of Shredmonton, Sam Burns. It was written entirely in drop-C tuning, and Sam really hopes that you notice that.
The last track, "Alone//Together" was written and recorded over the internet in B.C, Alberta and Saskatchewan by Sam, Sean and Dylan. It's about being sick of most things, and there are two slashes in the title because it looks cooler that way.
Enjoy the album, guys.
Sean, Sam and Dylan.

Prairie based independent record label specializing in releasing outsider music from an eclectic mix of newcomers to the Canadian music scene.